This R&D project carried out in 2019 saw the construction of a complete plant with all its components, specifically bell, protective cover, diffuser and plenum. Over the years Nicro has gained consolidated experience in the study and construction of plants of this kind, in which the mentioned components are used.

Specifically, for the project, the customer, having to build a large plant for the first time, relied on the technical/construction collaboration gained by Nicro.

THE COMPONENTS OF THE SYSTEM: FUNCTIONS AND ASSEMBLY

The base, as can already be seen from the name, is a structure that serves to support, in addition to the components of which it is made, also what is loaded onto it.

Another element constituting the system was the use of a protective cover with the aim of mitigating the heat that is radiated from the outside, by means of radiant tubes, first to the bell and then to the material that must undergo the treatment.

The use of the cover also has another important function: the recirculation of air directed so as to have a temperature uniformly distributed within the system.

The bell is the element that, heated by the radiant tubes placed outside it, radiates heat inside it first by heating the protective cover and then the material to be treated. In addition, it is also the essential component to start the ignition of the entire furnace, because once lowered onto the base, it closes the system.

It is important that the various elements are well matched to each other in order to have the best possible performance during the operation of the system.

Starting from these assumptions and following indications received by the customer, we proceeded to study in detail the distribution of the load to be heat treated, which would have affected the base and the details of which it is made, diffuser and plenum. 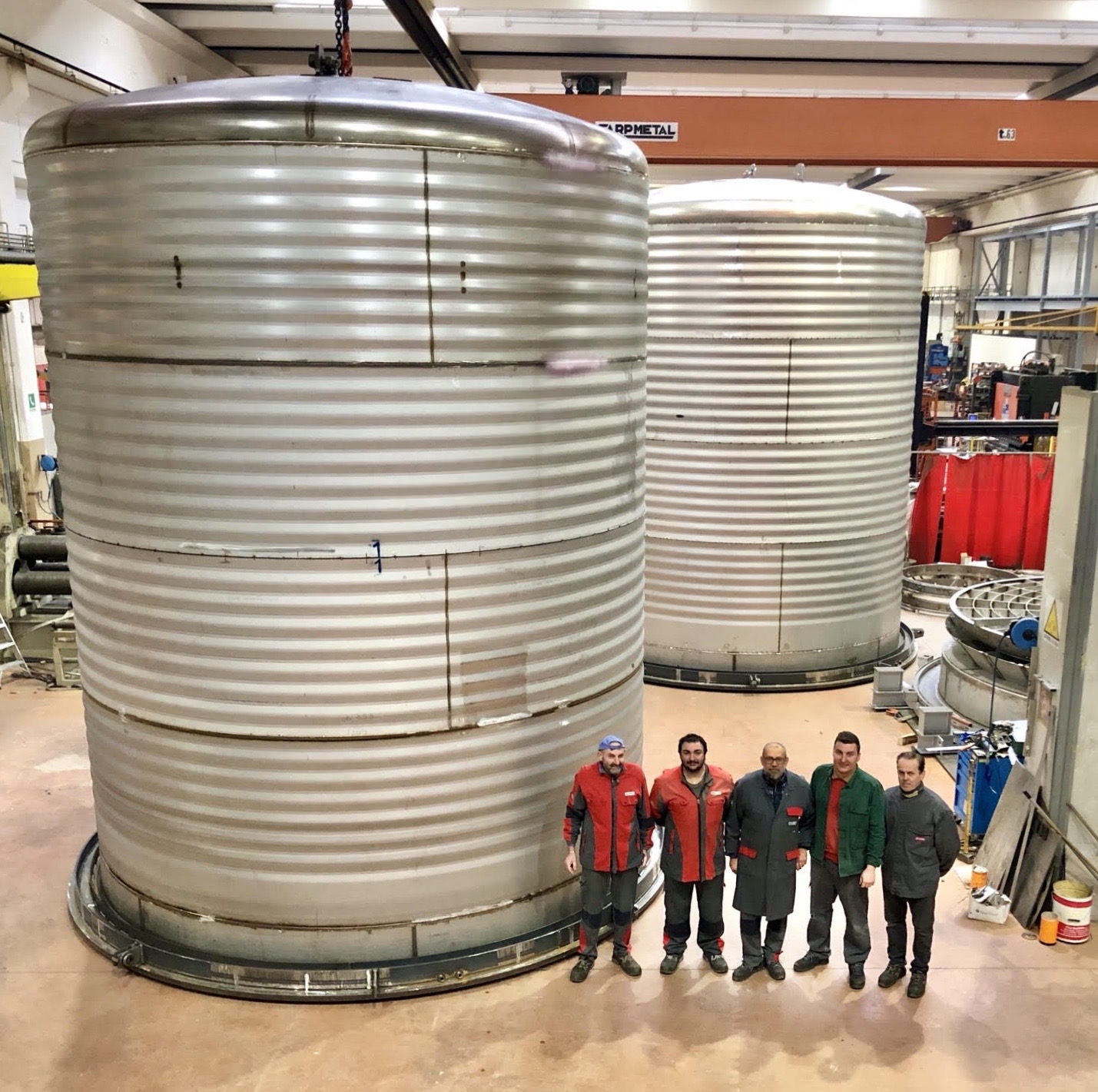 This website uses cookies to improve your experience while you navigate through the website. Out of these cookies, the cookies that are categorized as necessary are stored on your browser as they are essential for the working of basic functionalities of the website. We also use third-party cookies that help us analyze and understand how you use this website. These cookies will be stored in your browser only with your consent. You also have the option to opt-out of these cookies. But opting out of some of these cookies may have an effect on your browsing experience.
Necessary Always Enabled
Necessary cookies are absolutely essential for the website to function properly. These cookies ensure basic functionalities and security features of the website, anonymously.
Advertisement
Advertisement cookies are used to provide visitors with relevant ads and marketing campaigns. These cookies track visitors across websites and collect information to provide customized ads.
Analytics
Analytical cookies are used to understand how visitors interact with the website. These cookies help provide information on metrics the number of visitors, bounce rate, traffic source, etc.
Functional
Functional cookies help to perform certain functionalities like sharing the content of the website on social media platforms, collect feedbacks, and other third-party features.
Save & Accept
Powered by